Deep Dive Into Shizuoka – The Home Of Green Tea In Japan

Set under the southerly gaze of the iconic Mt. Fuji on the Pacific, east coast of Japan’s Honshu island lies Shizuoka, the heartland of Japanese tea craft. From the rising mountain peaks inland, down through the winding river valleys and out to the Pacific Ocean, you’ll find tea being produced in every corner of this busy prefecture. There’s a few reasons that so much of Japan’s rich and flavourful teas are crafted here. In this deep dive we’ll take you on a journey to discover why. 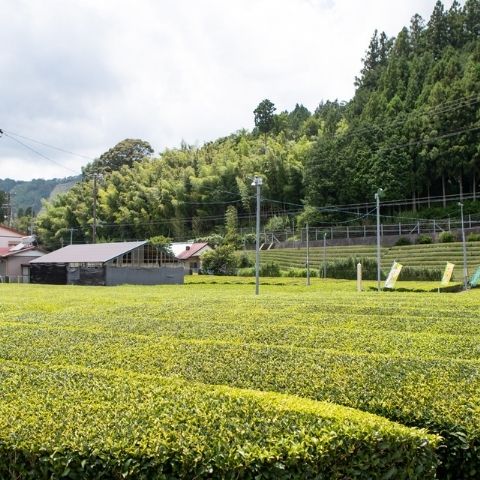 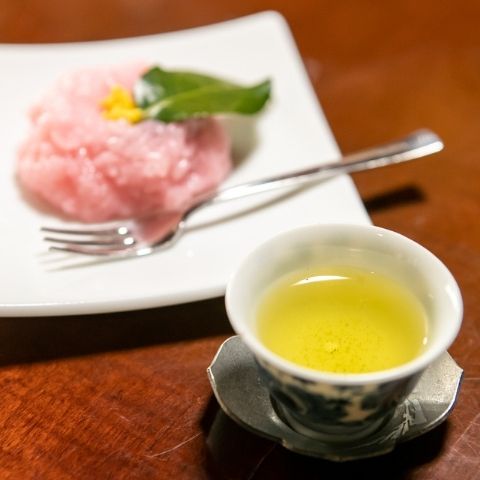 A golden cup of freshly made sencha is enjoyed with a homemade mochi dessert. 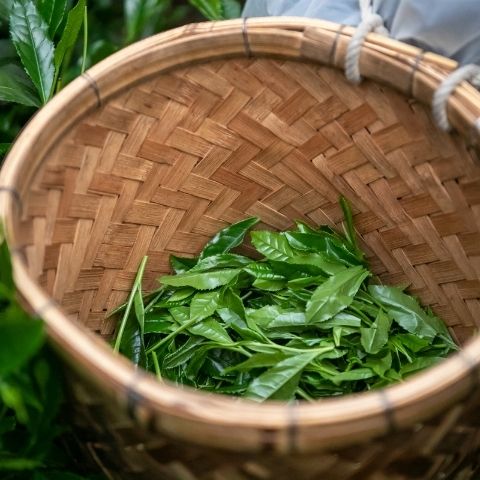 Freshly picked Gyokuro tea leaves are shaded for 30 days before harvesting, so they're full of rich umami flavour.

After being steamed these sencha leaves are handrolled to reduce moisture and create the iconic needle-like, leaf shape. 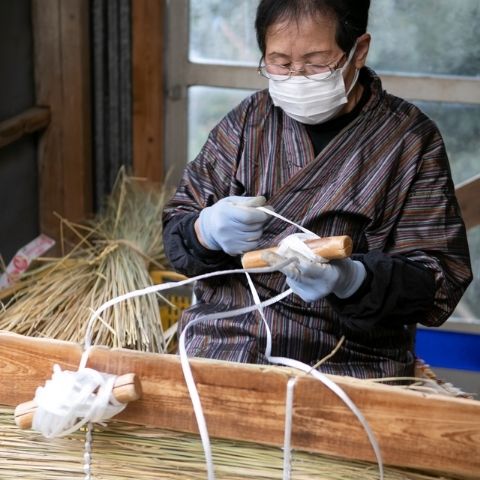 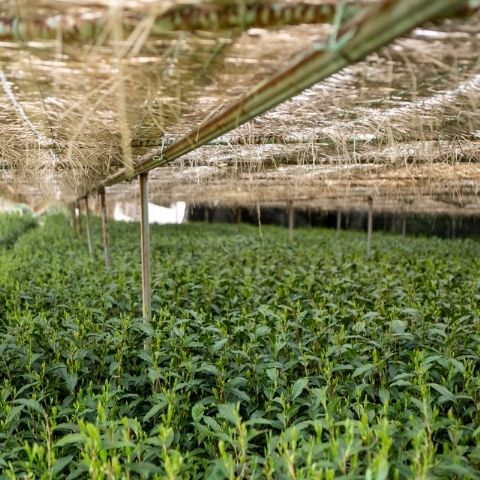 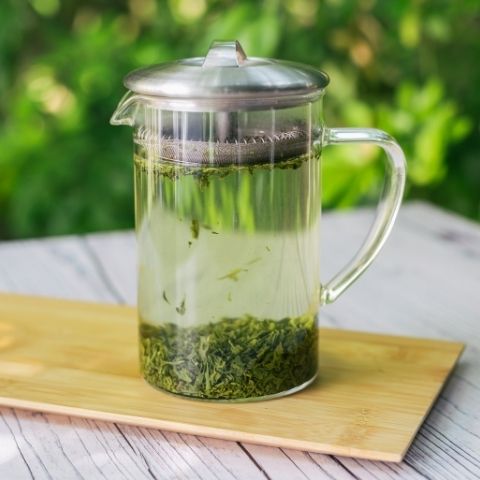 Perfectly infused Sencha will have plenty of bold flavour, smooth body and a characteristic umami finish.

When choosing a cup of green tea, the first decision is usually do you want a sweet and floral Chinese pan-fired or baked green tea, or a grassy and umami steamed green tea from Japan. Recently, with the weather getting cooler and the days more fresh, I’ve been craving the deeper, richer taste of Japanese green teas in my daily drink – and happily newly crafted batches of these have arrived too, like our Sencha Reiwa. Some of my favourite Japanese green teas, like Sencha, are prized for their grassy and almost brothy intensity. Genmaicha, another great warming blend, is composed of toasted rice and late flush Bancha, which makes the perfect accompaniment on cooler, Autumnal afternoons.

Few regions have had such an impact on Japanese tea craft than Shizuoka. Over centuries, farmers and producers have been creating unique cultivars and refining the tea making process to produce teas with a flavour that is at once unmistakeably Japanese, while often being as complex as they are delicious. You’ll find green teas like Sencha being produced all over Japan, but when we look to source our freshest batches, there’s few places that offer the variety of terroir and range of flavours to explore as Shizuoka. 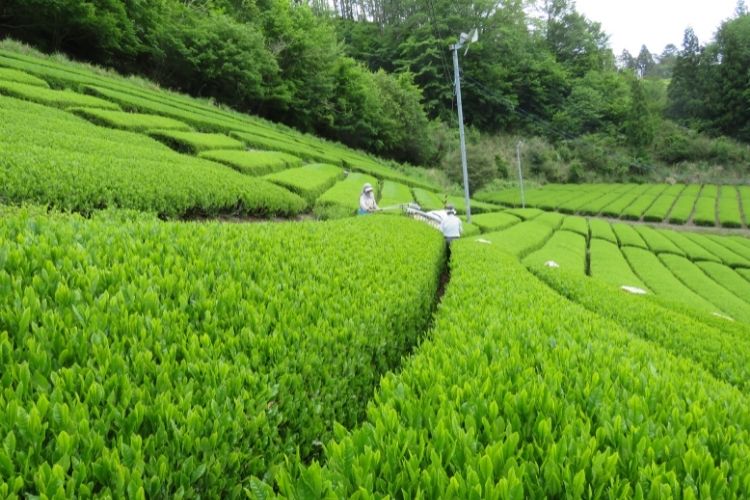 Shizuoka prefecture lies just south of the towering Mt. Fuji on the east coast of Honshu island. The area is known for its seasonal and coastal climate, balancing between the hotter south of Japan and the icy winds in the north. A mix of mild, sunny winters and rainy, humid summers make it an ideal place for tea production, as the tea plants can avoid the winter frost and stay well hydrated during the hot, summer months.

At the coast, the Pacific Ocean meets Shizuoka city, the capital of the prefecture, which is known for its scenic views towards Mt. Fuji from the local Miho no Matsubara beach and up on the surrounding plateaus. Head inland a few miles and you’ll begin working your way into a maze of mountains and valleys, where a network of rivers and tributaries run down to the ocean, hydrating the land and creating fertile soil. Along the Abe River in particular, you’ll find some the highest quality teas like Sencha and Gyokuro being crafted in century old tea gardens close to the banks. While mountainous inland areas, like Kawane and Shimizu, are famous for their Sencha and Bancha production. These regions sit a few hundred metres above sea level where the cooler temperatures mean slower growing tea bushes, which can maximise their richness and flavour. The craggy mountain peaks also help to break up the land, creating pockets of small, well-kept tea gardens surrounded by luscious green forests. Many of the tea gardens here are only a few acres and run by local families, farming small batches of leaves to sell to larger factories or producing small amounts of tea on site.

You’ll also find that tea makers grow their own fruit and veg, as well as tea bushes. The Miyazakis, who produce our Gyokuro, grow plenty of their own food such as Mikkabi Mikan, a local type of mandarin orange, which makes a perfect snack to enjoy with some freshly infused gyokuro, along with other sweet treats like Mochi made using their own rice crop. While tea farmer Ishiyama, the man behind our Sencha Reiwa, has seen many local tea producers have success growing shiitake mushrooms, yuzu citrus and wasabi root. Throughout the cities in Shizuoka, you’ll find plenty of street food vendors serving up local favourites and showing the passion and care for food and taste in this region. Some of our favourite local snacks include the pork and leek Gyoza dumplings, pan fried and served Hamamatsu-style in a wreath-like circle. There’s also Fujinomiya yakisoba, a stir-fried pork and cabbage dish from the Fujinomiya highlands served with noodles. 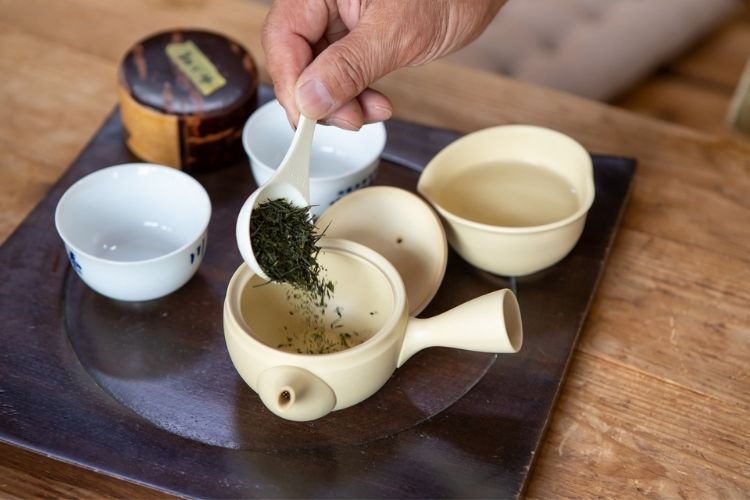 Japanese green teas are often infused using a ceramic teapot called a kyusu for a concentrated and intense taste.

What Makes Tea From Shizuoka So Different?

Thanks to its ideal climate and fertile soil, Shizuoka has been Japan’s largest region for tea since the 1950’s, with the gardens here still creating 40% of the country’s total tea production. Although it’s not the oldest area for tea in Japan, that would be Uji near Kyoto, parts of Shizuoka have been producing tea for hundreds of years. Tea is so popular in this region that even on quiet residential roads in the rural areas, many of the local people grow tea bushes in their front gardens for their own personal use.

Over the centuries farmers began to develop their tea making techniques, such as the tea shading process, which traditionally uses hand-crafted rice straw canopies to shade the bushes before harvesting, creating the characteristically rich taste of umami in Gyokuro tea. A handful of people still have the knowledge to do this, such as the Miyazaki’s, a couple in their eighties who still tend to their 300 year old tea garden in Asahina Valley, south of Shizuoka city and a few miles in land from the Pacific Ocean coast. Mr & Mrs Miyazaki still find it more fulfilling to work by hand to create the rice straw screens for their Gyokuro bushes. These handmade screens do a better job of dappling the light during the shading process than the black plastic netting, which is more commonly used these days. The straw screens also have a sustainable lifecycle, beginning as a biproduct of the rice grown in their garden and the old, worn-out screens being used as mulch to protect the feet of the tea bushes in the winter.

Another key element of tea in Shizuoka is the tea bushes themselves. The region is famous throughout Japan for innovating the Yabukita cultivar, now the most grown type of tea bush in the whole country – favoured for its balanced sweet, vegetal and umami flavour that’s perfect for crafting Sencha green tea. This cultivar was first bred in Shizuoka prefecture in 1908 by a tea farmer named Sugiyama Hikosaburo. He found that a certain tea plant in his garden could survive the frost, deliver a high yield, and taste great. He took cuttings, replanted it, and named his cultivar Yabukita. Today it is the most widely grown cultivar of the tea plant in Japan.

Japanese green teas are often infused using a ceramic teapot called a kyusu for a concentrated and intense taste.

You’ll probably know by now green teas taste better when made using cooler water, usually around 80˚c. Japanese green teas can take even cooler water though – often we recommend around 50-60˚c. This cooler water will help bring out more of the sweetness from your tea and highlight the thick, creamy textures. So, to do this you can use a temperature controlled kettle to get the right temperature for your infusion, or simply add a splash of cold water to your leaves, roughly 20% of the volume of your teaware for 80˚c, before topping up with freshly boiled water.

Which Teas From Shizuoka Should I try?

Japanese green teas can be a hard bunch to figure out at first, the names can seem confusing and they’re all green…so what’s the difference?

If you’re new to Japanese green tea, then here’s where to start. Sencha is Japan’s most prominent style of green tea. Sencha, meaning ‘steamed’ or ‘simmered’ tea alludes to the processing of these spring picked leaves. Hot steam is applied soon after harvesting which stops the leaves from oxidising, locking in their dark green colour and rich, smooth, vegetal flavour. The leaves are then rolled to create the iconic needle-like shape and finished with a light firing to create a tea with plenty of body and taste. Try it like this:

Fresh and grassy green tea taste, combined with sweet and toasted notes from the puffed rice for a delectable warming infusion.

Looking for a tea that is easy to drink and easy to get right? this is the one! Genmaicha is a 50/50 blend of toasted and popped Mochigome rice and summer picked, steamed green tea. It’s one of very few green teas which needs 90°C water. With Genmaicha you want the heat from the water to bring out the body from the tea as this will carry the sweet, toasted rice flavour. You’ll get warmth from the toasted rice, as well as enough richness and umami from the bancha green tea. Here’s how we like ours:

Want to try the best of Japan’s green tea with an umami-depth like no other? This is the one for you. Gyokuro, meaning ‘Jade Dew’, undergoes a traditional shading process for 30 days before harvesting. This canopy shading blocks out enough sunlight to concentrate certain compounds in the tea leaves and helps create an unmistakable and umami-rich infusion. Tea makers Mr & Mrs Miyazaki have been producing their Gyokuro together for fifty years and still use a traditional technique of hand-crafting the rice straw canopy to shade their tea bushes for a truly authentic taste of Japan’s finest green tea. Here’s how to make it: