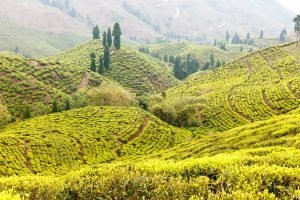 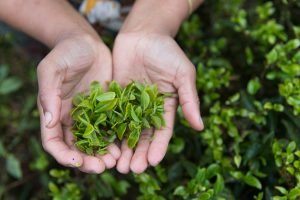 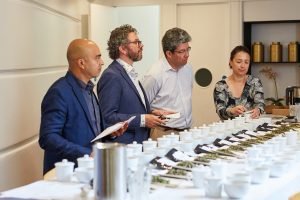 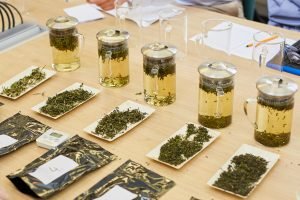 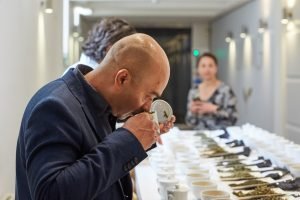 The History of Darjeeling

The beautiful region of Darjeeling in the north of India has over 150 years of tea making history, producing some of the best tea in the world. The high altitude, cooler climate and skill of the people who grow and process the tea plants results in a tea that’s light bodied, floral and more delicate in flavour compared to other types of black tea. There are several harvests each year, the most exciting of which is the first flush around late March, which is the picking of the youngest, freshest leaves with typical Darjeeling character.

Despite being an incredible tea-producing region, Darjeeling and other tea origins are facing difficulties relating to tea in the industry being grown with a commoditised approach, labour costs increasing and climate change. Particularly in India, the younger generation are lured by the big city and becoming less interested in the art of tea making – something that can only be passed on through generations.

As a result, JING founder, Ed Eisler, launched the JING Excellence at Origin Competition to find the best Darjeeling First Flush tea for 2019. By raising the value of the high-quality tea and celebrating the skilled tea masters in Darjeeling, JING hope that it will help some of these difficulties and see the increased value of tea feed back into the origin to improve the quality of living. By making the younger generation feel proud of Darjeeling and what it stands for, we also hope it will encourage them to take up the art of tea making. ‘We’ve been thinking about launching a competition like this for about a year, and we hope that we can give the producers a chance to show the world their skills and the unique qualities of Darjeeling tea,’ said Ed. ‘We want to get as many people as possible to taste the winning tea and realise just how special Darjeeling is.’

In total, seventeen teas entered the competition, all from Rainforest Alliance-certified or Fairtrade-certified estates. To decide which tea would be announced as the best Darjeeling First Flush for 2019, Ed assembled a panel of experts to help him. They were:

Having this combination of tea experts, wine experts, chefs and food lovers meant there was a mix of palates and opinions, resulting in a more rounded taste test. All the tastings were done blind, which meant no one knew which tea came from which garden.

The judging process was rigorous and complex, and there were several different characteristics that needed to be taken into consideration and scored individually. The appearance of the dry leaf, the appearance of the infused tea, the aroma of the leaves and of the tea itself all had to be rated before the judges started tasting them. Then there were aspects such as mouthfeel, balance, clarity of flavour, freshness and whether the tea expressed typical Darjeeling character to take into account. This method of judging is very similar to that of wine, ensuring a fair and in-depth process for this particular competition.

After an initial round of tastings, the seventeen teas were whittled down until only five remained. This was where things got interesting, as the judges began debating which one should win. The teas were prepared once again and tasted regularly over the course of an hour, before the winning tea was unanimously agreed upon.

After all of the judges aligned on the winning tea, the names of the five finalists were uncovered. Seeyok Estate was revealed as the winner of the Excellence at Origin Competition, producing the best Darjeeling First Flush for 2019. 'Pungency, all-round satisfaction, brightness, freshness – the Seeyok tea had it all,' said Andrew. 'It seemed to encapsulate the region the best.'

A limited batch of the winning Darjeeling First Flush tea is available to buy from our online shop, and the success of the competition means that JING will be launching similar competitions in the future. For everyone working at Seeyok Estate, the win is a huge recognition of their passion and dedication and will help promote not just Seeyok Estate, but all the incredible gardens producing unique Darjeeling teas. 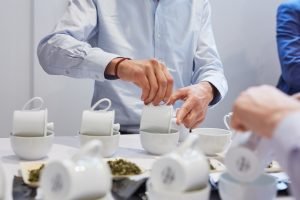 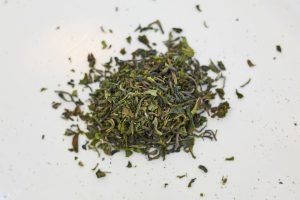 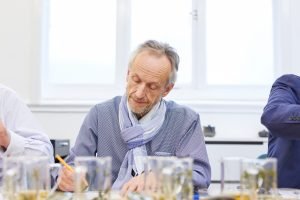 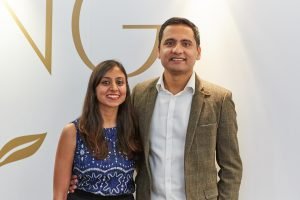 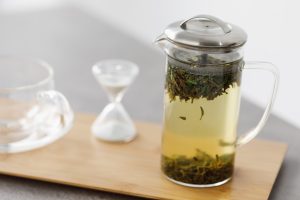