In the Asahina Valley of Shizuoka, Japan, the Miyazaki family have been producing Gyokuro green tea for more than fifty years. Together Mr and Mrs Miyazaki hold centuries of family know-how on how best to tend to their tea bushes and importantly when to shade them and how long for.

A few months ago in early March we caught up with the Miyazaki’s via video call to see how they were preparing for the up-coming spring harvest. As they prepared the garden, we were able to learn a lot about how they produce their Gyokuro and especially the traditional method they use to shade the tea bushes using a hand-crafted straw canopy which Mrs. Miyazaki was weaving at the time. This canopy shading is the defining step in farming tea bushes for Gyokuro as the lack of light means extra chlorophyll and so a richer umami taste is generated in the leaves.

The Miyazakis do most of the hard work in their garden by hand and they even grow their own rice, which provides the straw used to build the shading canopy for the tea bushes. This traditional approach is extremely rare to see in Japan as the majority of producers tend to use heavy machinery in the tea fields and synthetic netting materials for shading. However the Miyazaki’s maintain their approach as they believe the modern way would only slow them down and they certainly know how to get the best taste from their tea bushes. 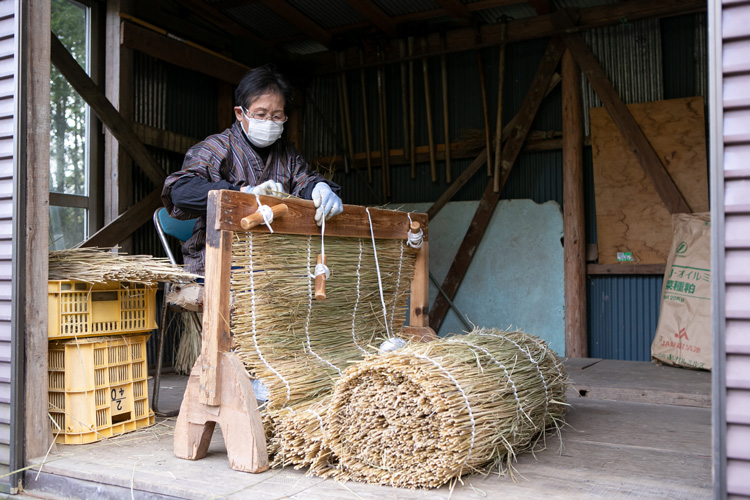 Mrs. Miyazaki spends weeks weaving the rice straw into canopy screens. It takes two days per screen and she is the only personal left in the family who knows this technique 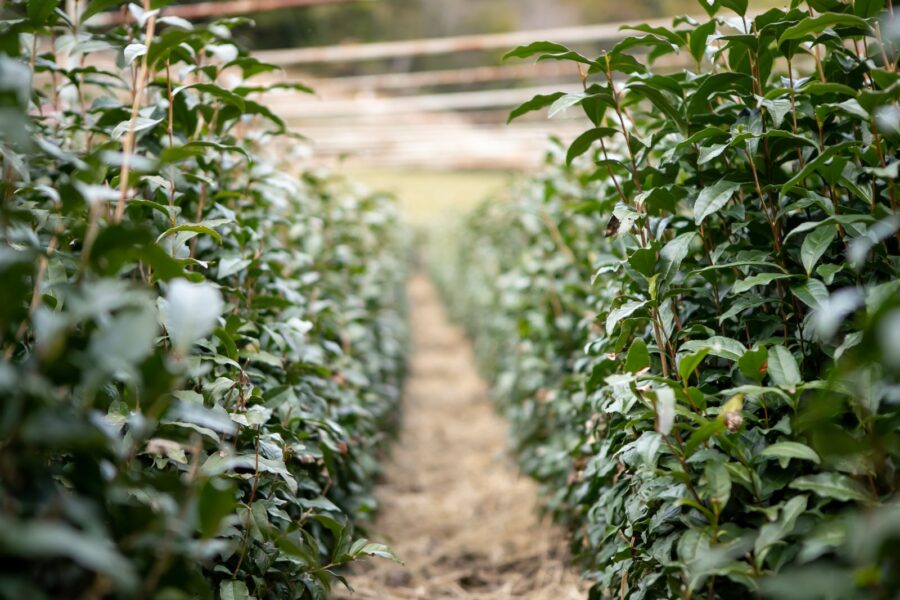 Mr. Miyazaki spreads any leftover straw to cover the soil of the tea bushes and keep them warm during the cold months before harvest 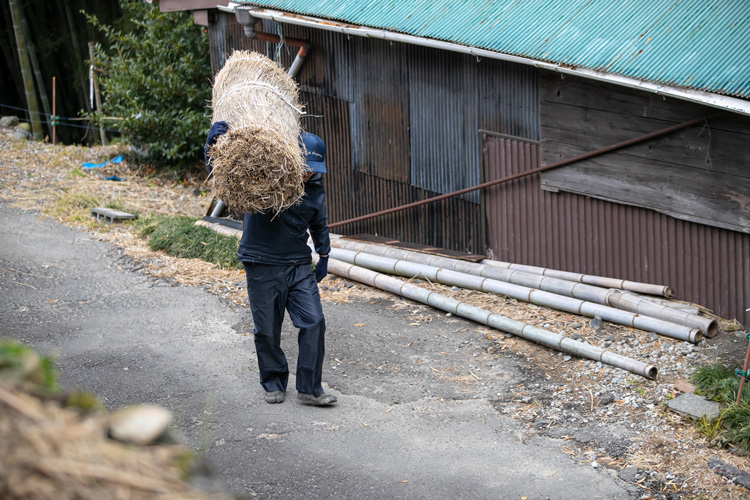 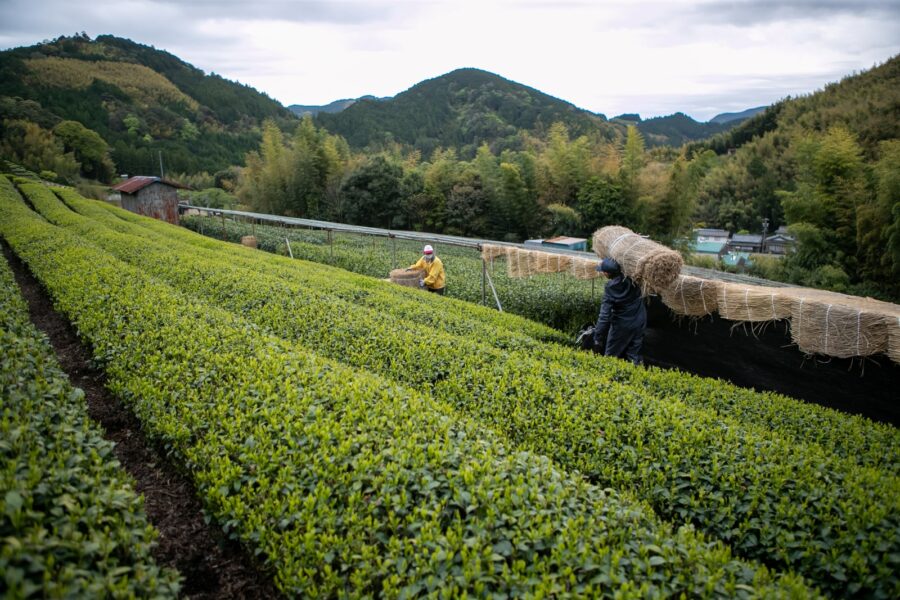 A view over the Asahina Valley in Shizuoka, where the Miyazaki's tea garden has existed for over 300 years 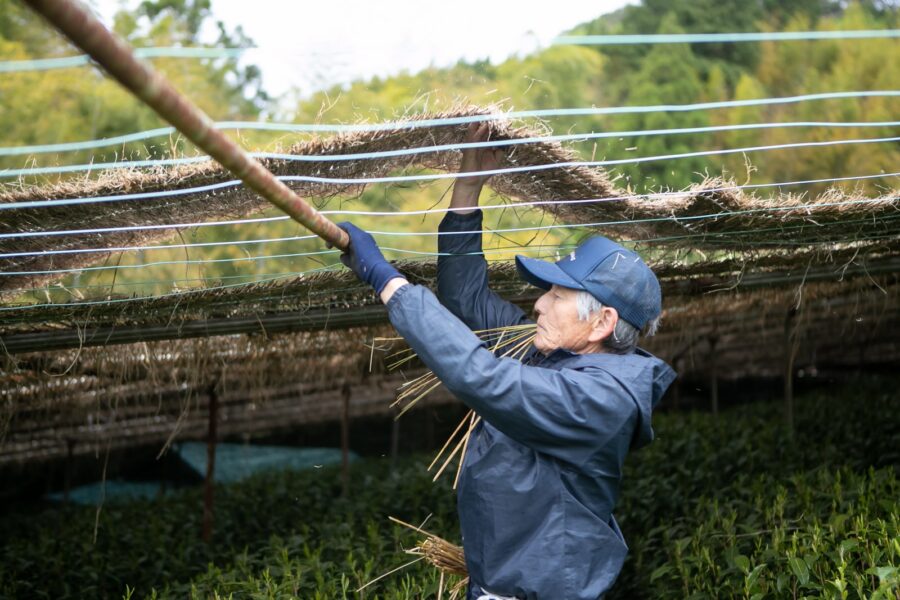 The straw screens are unrolled and laid over the metal canopy bars. This ageing structure need constant repair each year as it weathers over the decades 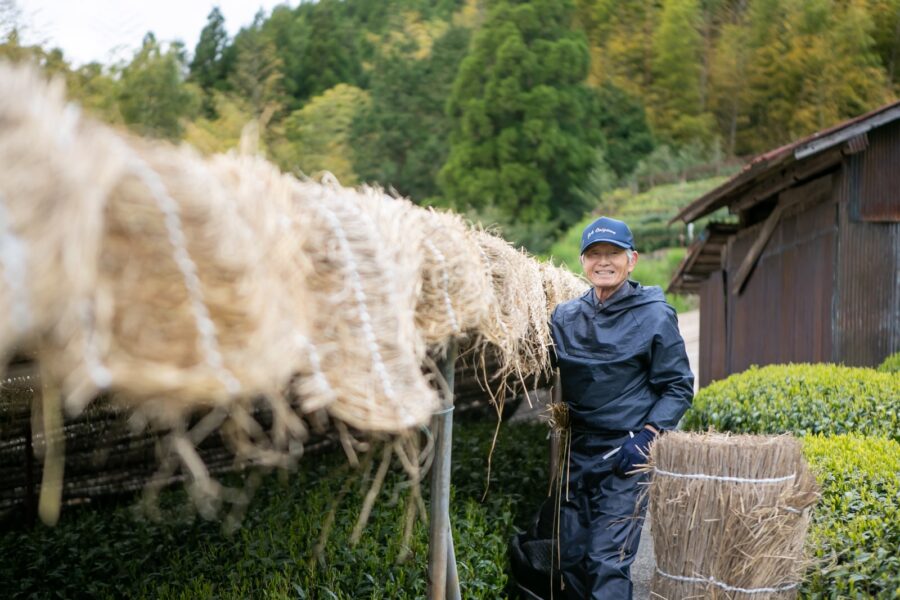 Each screen is placed and secured by hand. It takes many screens to cover the tea bushes, but its all in pursuit of the perfect taste 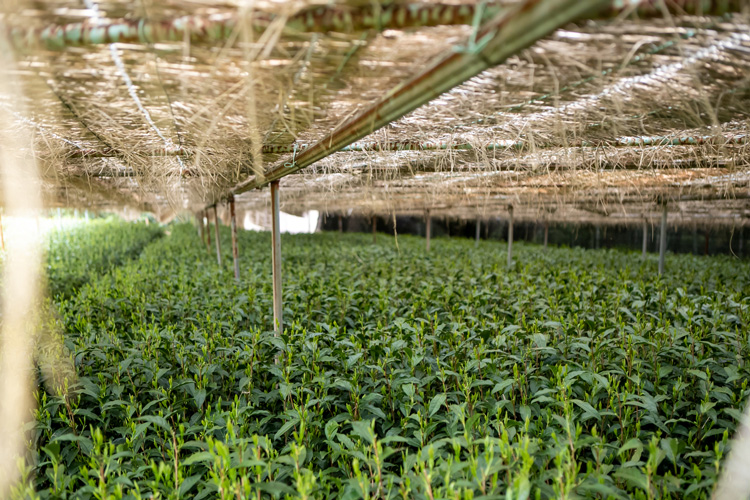 With all the screens in place the tea bushes will be shaded for around a month before harvesting. As less light reaches the bushes, a richness and deep umami taste will be induced in the leaves 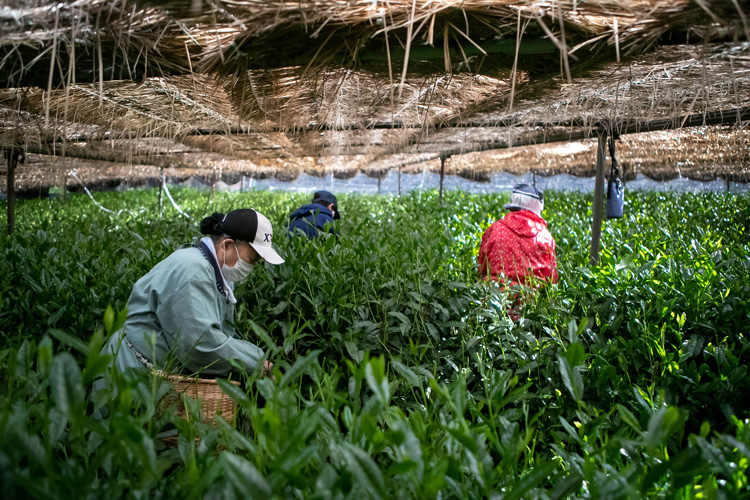 Tea picking can then begin after a few weeks of shading. All of which will be done by hand to select only the best leaves for processing 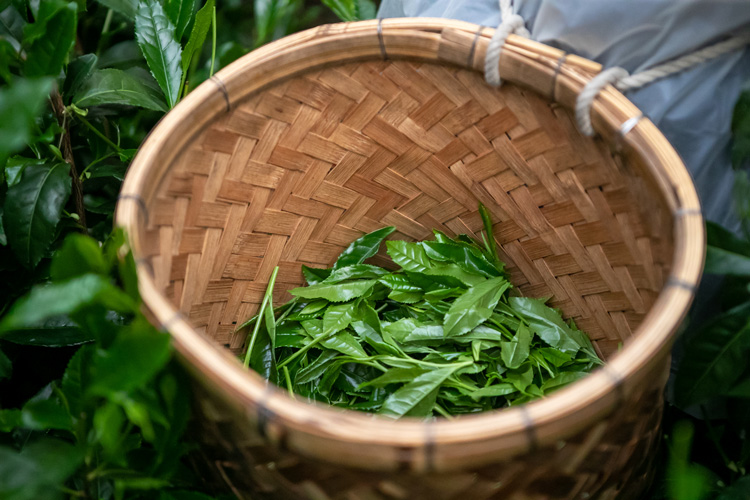 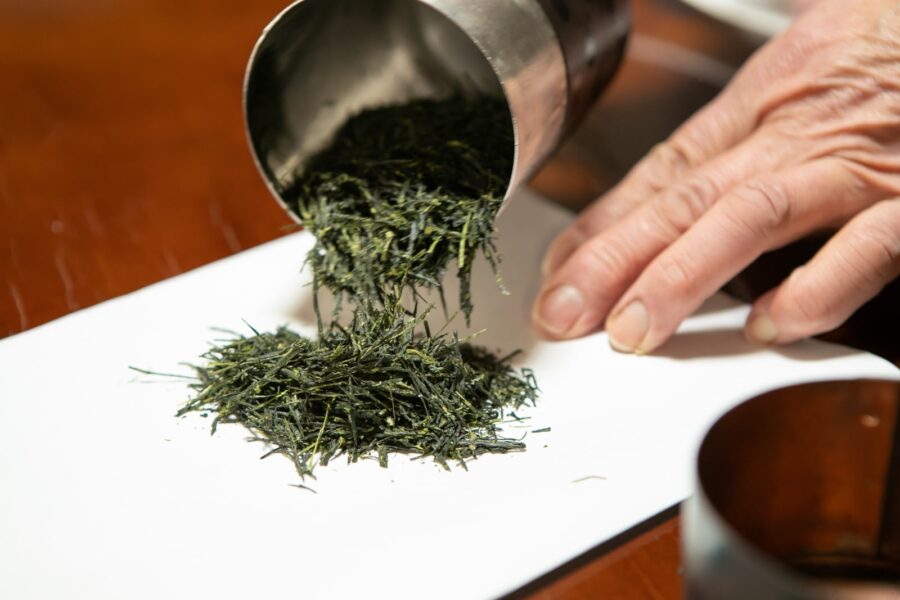 Once steam and rolled, the result is a smooth, floral and intense umami experience from this traditionally crafted Gyokuro green tea