Whole Rosebuds are clean, refreshing and soft – the perfect herbal infusion to unwind with and nothing like the sweet rosewater you might know from cooking. In this short guide, we delve into the story of rose – its history, origin and taste. 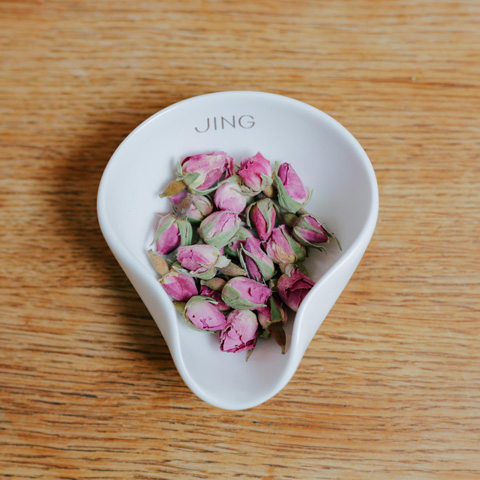 Since the first roses bloomed thousands of years ago, their presence and symbolism have been found throughout history. Egyptian queen Cleopatra had her rooms filled with rose petals so Roman general Marc Antony would be haunted by the scent. Persian poets would dedicate entire verses to the floral centerpieces of their 'paradaida' (paradise) gardens. Roman emperor Nero would surprise guests with cascades of rose petals, and even the Tudor monarchy established the red and white rose as the national emblem of England. The rose flower and its various colours have also become synonymous with representing sentiments, from the purity of the white rose, to the passion of the orange rose; with mystery, friendship and true love also found in the floral spectrum.

It’s easy to see that, even through centuries and civilisations, the rose has maintained its status as the pinnacle of flower blossoms, but this is not just down to its aesthetic appearance. The rose matches its beauty with abundant aroma and a depth of functional benefits that were carried along with the flower as it began to be traded on the silk road - from its alleged origins in China through to the middle east, northern Africa and Europe.

Starting in China, rose flowers or Méiguī (玫瑰), also known as the ‘queen of flowers’, are said to have begun being cultivated as far back as 5,000 years ago, drawing parallels to tea cultivation. However, they were much widely cultivated during the Han dynasty (141-87 BC) as they gained popular use in traditional medicine and as export for trade. An infusion of the unopened flower buds was often used for its benefits of aiding digestion and nourishment of the skin, while rosehip (the fruit of the plant), was used to balance temperature due to its distinctive cooling effect.

The rose bushes flourished in the desert conditions of ancient Persia, where the hot sunny days and cold nights were perfectly suited to growing the plants. As far back as 6th century BCE, the parks and gardens of Persia were known to be frequented by the kings of the day and gardening itself was a popular past time. This gave birth to the first 'chahar bagh', the famous quadrilateral garden arrangement, often referred to by the ancient Persians as ‘paradaida’ meaning a walled-garden and the origin of the term ‘paradise’.

It is no wonder that innovations in rose cultivation became a very prosperous activity in Persia by the 8th century, with advances in perfumes, oils and most famously rose water, most of which are still made in the city of Kashan, Iran today. The flower became such an important aspect of this ancient culture that the red rose was made the countries national flower features in many local legends.

The flower gained further popularity during the establishment of the silk road trading routes towards the turn of the common era, where it was further cherished and cultivated mainly in Persia and what is now modern-day Iran. 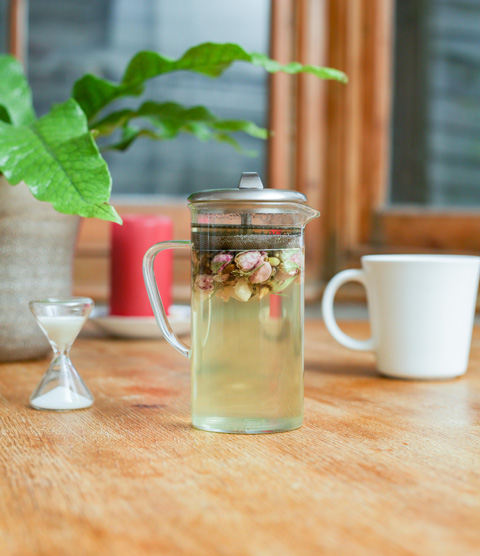 Praising both the origin and its history, we decided to source our high-quality, whole pink rosebuds from Iran, where they are selected and picked with the same rigorous discernment that would be used to select any of our teas and herbal infusions.

To secure the beautiful fragrance, the delicate buds are picked in the morning out of the direct sunlight and during low a breeze. The roses are then simply dried to retain all their natural goodness – essential oils, aroma and wonderfully enchanting flavour. Upon infusion, they release their pristine scent with an added complexity from the rose sepal. 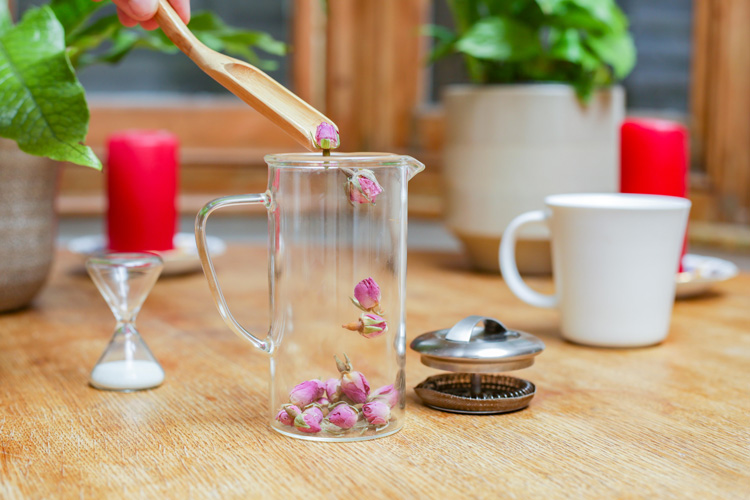