He was halfway through an MBA when he felt the pull of Assam and its elephants. 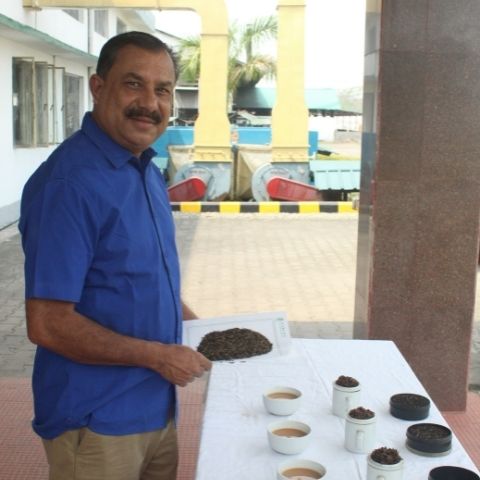 Talat is a third generation Assamese tea planter and has managed Orangajuli Garden for the past four decades. 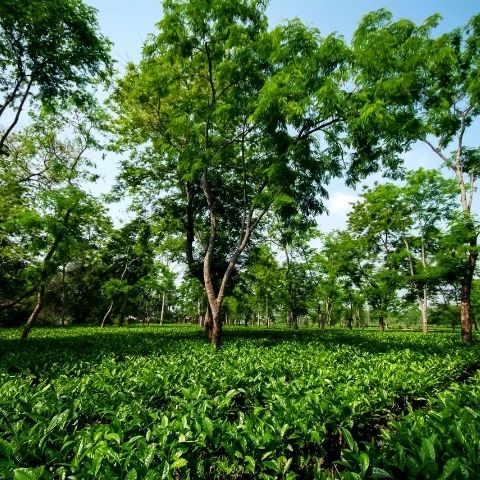 Being surrounded by nature and wildlife is one of the main reasons Talat works in tea.

In place of pesticides, Talat is using indigenous technical knowledge to inform a system of low-cost, ecofriendly & sustainable farming techniques. 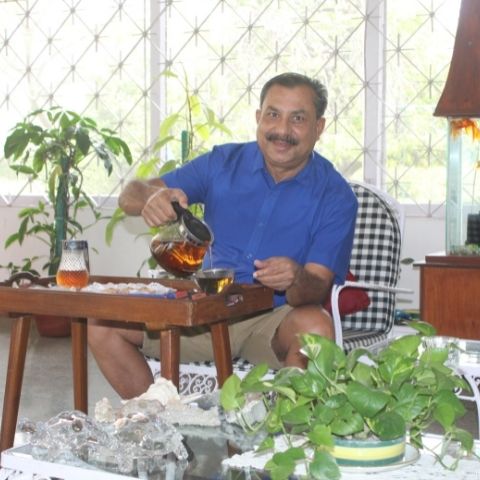 Talat usually drinks 4-5 cups of Assam tea a day with a slice of fresh lemon or lime. 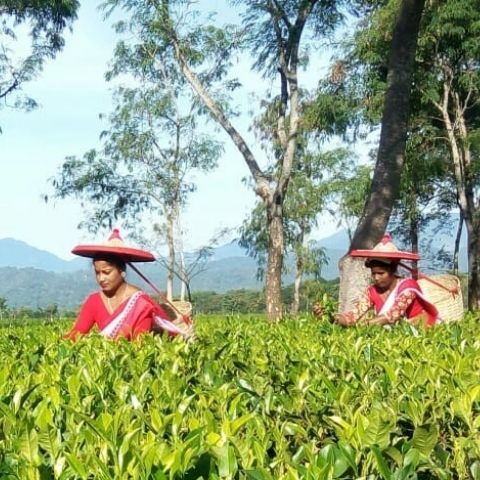 Talat wants to do more to celebrate the women of Assam - both those that work in the garden and behind the scenes. 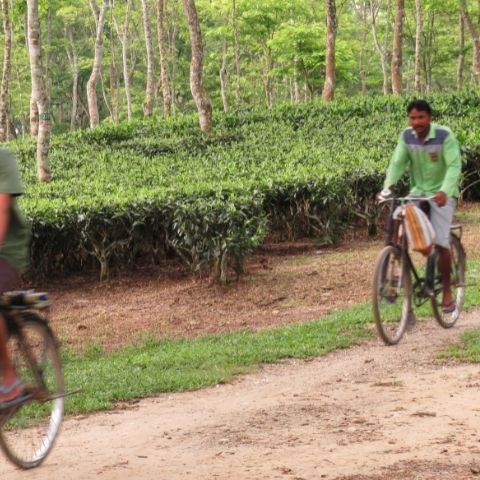 Young people have returned to the gardens during the pandemic, attracted by the clean air and a change from city life. 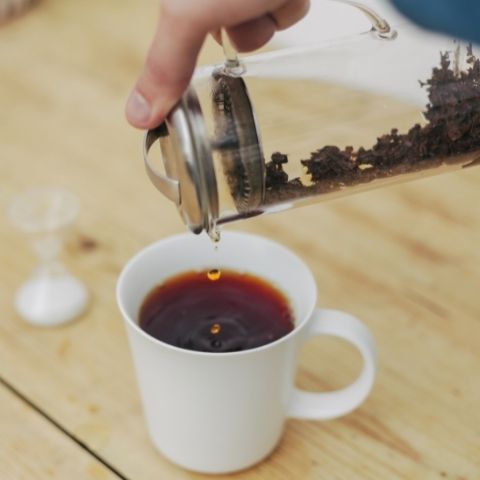 Talat Ahmed is a third-generation Assamese tea planter. As a young man he left Assam to study for an MBA in Kolkata, but soon realised how much he missed nature and an outdoor life. When he got a job offer to return and join a tea garden, he didn’t think he could ever get a better one. He accepted the offer and, four decades on, Talat is garden manager of Orangajuli, heading up a management team of seven that also comprises four assistant managers, two welfare officers and a medical officer.

Orangajuli is in Assam’s Udalguri district, close to the border with Bhutan. In local dialect its name means ‘people living by a small stream’. It’s been around for more than a century, overcoming adversity to produce unique teas thanks to a special microclimate and high-quality clonal bushes. I caught up with Talat via Zoom on a late afternoon in April, just as a siren sounded to signal the end of the working day at Orangajuli. He usually stays later in case staff want to speak to him. Recently they’ve been stopping by to pick up Neem trees for planting…

“I’ve loved nature and wildlife since childhood. This is the number one reason why I work in tea: you are quite literally a part of nature.”

In the 90s, Talat went to Cranfield University for a conference on innovation in the tea industry. The issues they discussed “seemed far in the future and almost too big to be imaginable”. He wasn’t sure he’d be around to deal with them, but they’ve arrived more quickly than expected – and the biggest issue of all is climate change.

Over the last few years, he’s reduced the pesticide loads at Orangajuli by more than 70%. More widely, he’s committed to planting trees and educating younger generations about the environment and the value of living in harmony with nature. He’s feeling positive again about the future of the industry but knows there’s hard work ahead.

“My favourite animal must be the elephant. We see them regularly in the gardens now and they are a good sign – we worship elephants in India, after all.” 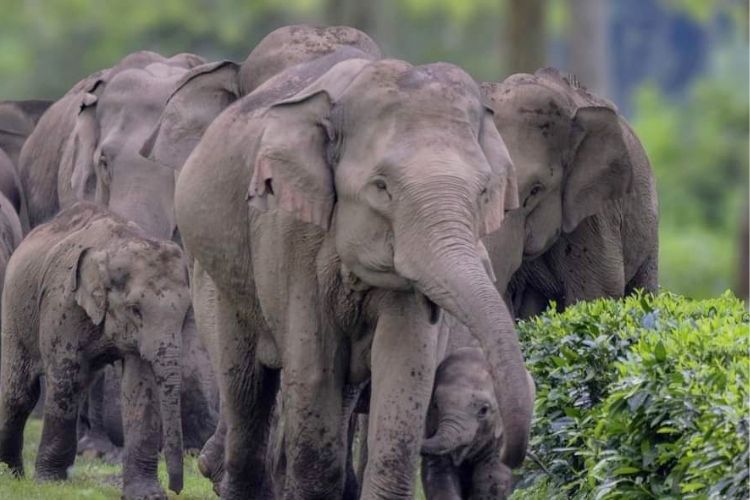 Talat's favourite animal is elephants, which he often sees in his tea garden.

Rainfall in Orangajuli’s region has decreased over the years and it is now scant in colder months. This dry period affects the health of the tea bushes and since the late 90s Orangajuli has had to be irrigated from November to March. Coupled to higher summer temperatures, the erratic rainfall has led to many more pest infestations.

But Talat is not fighting the pests in the way he used to. “The circle of life means maintaining the population of tea bush predators is an effective way of maintaining the health of the bushes. As we’ve decreased the pesticide load, the quality of each harvest has improved too. We’ve been sharing the steps we’ve taken with other tea gardens in the area to help them too.”

In place of the pesticides, he’s relying in part on indigenous technical knowledge, or ITK. This knowledge, which has been built up by generations of local farmers working directly on the land, informs a system of low-cost, ecofriendly and sustainable farming techniques. These techniques include mixing ingredients such as cow’s urine, neem seeds, water hyacinth, young banana leaves, rice starch and even chillies to create natural substances that protect tea bushes.

At Orangajuli, using neem-based bio products has increased the populations of ladybugs, butterflies and birds. Talat has been buying cow dung too from nearby villages to create a compost that makes the soil more fertile. He’s also harvesting rainwater from a lot of the garden’s buildings and storing it for dry periods.

Finally, Talat’s put a big emphasis on planting trees around the garden to help shade and fuel the tea bushes. In total, the garden is planting up to 10,000 trees a year. As well as bokam, cassia and rain trees, there are the neem trees being given to workers to plant at home. “Tea plantations here are trying to help the environment by planting trees all over the place, along the road sides and any space we can find. As well as wanting to support the elephants, we are also happy to plant the trees because they can help reduce summer temperatures from around 40ºC to 32ºC which is good for the bushes.” The new trees have had another effect too…

“After years of deforestation, there’s nothing left for the elephants, so they are coming into the gardens to eat.” 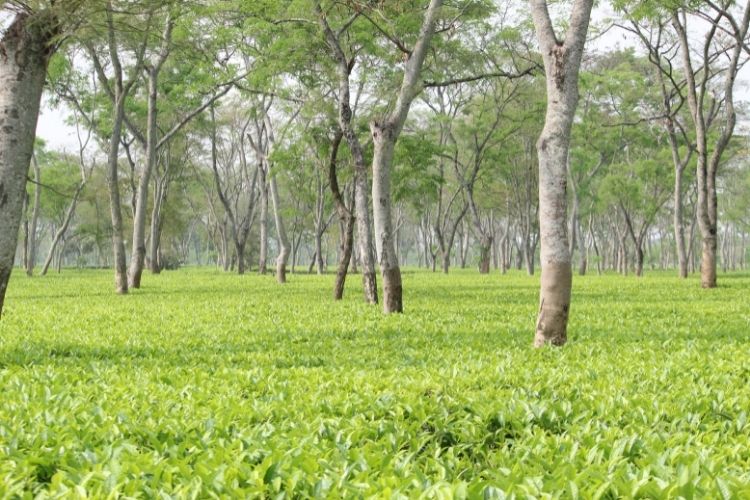 Talat has planted loads of trees in his garden to help protect and shade the tea bushes.

Talat has had to create elephant corridors, while training workers not to be scared of them. Some of the tea garden has been given over to the corridors but because the creatures use the same routes every time, the dedicated corridors mean people can live “more comfortably” alongside them.

Another group getting more comfortable in tea gardens again is young people. “Covid brought a lot of people back to the region last year. Not all of them will stay, but some will,” predicts Talat. “Young people are interested in the clean air we have here, which is becoming a scarce commodity around the world. We’ve started giving classes in schools on the health benefits of working in a tea garden – everything we eat is locally produced and healthy. It’ll take time but I am confident the tide will turn, and more people will realise tea can be a good job. My daughters have taken jobs in Delhi, but maybe my grandchildren will work here.”

“I’ve worked in the gardens for 40 years and I’ve only ever made my own tea!”

Talat likes a light Assam cup with no milk or honey, just a slice of fresh lemon or lime. “Four or five cups a day keeps me healthy,” he says. “I use a pot and I won’t ask anyone else to make tea for me. It’s my habit to stay close to my tea – drinking it keeps me inspired to produce the best tea in the world for everyone in Assam.” Each cup is also accompanied by one of his wife’s homemade butter cookies.

“Women are the pillars of strength behind every tea planter”

Far from India’s big cities, job opportunities in Assam are limited. “Women have traditionally sacrificed their ambitions because we work in secluded places,” says Talat. “That’s changing now, but even so, the work that my wife – and others of her generation have done is more than a full-time job. Looking after homes, children and large kitchen gardens. They can be a lifeline for the wider tea garden too.” At Orangajuli, women are in charge of welfare, visiting labour lines and hospitals to listen to workers’ problems. They are also on the garden’s anti-sexual harassment committee and look after the accommodation that’s used by buyers and other visitors. “Maintaining our lives in remote places like Assam is a huge part of the industry. Without the people who work on this, the industry would not survive.”

“Even when I retire, I will still work in tea.”

The future of Assam’s tea industry is looking better, according to Talat, but he wants to use his experience to help it in any way he can. “We’ve taken bold decisions on new varieties to resist climate change and on new technologies to help the workforce. This means yields are good and the workforce can be productive and earn more money. The next few years will be hard, but I’m grateful I have such a dedicated workforce.”

We spoke to Talat and wrote this interview in April, before the second wave of Coronavirus infections in India. Checking in with him last week (5th May) he was naturally concerned and saddened by the situation, the virus was contained in cities and had not reached Assam. Talat also told us the spring’s not been good – unexpected combinations of droughts and hailstorms have reduced the number of leaves on the bushes.

Ever positive though, Talat spoke about the increase in tea drinking in India in the last year, attributing it to the health associations of tea and Covid-19 heightening awareness about how to look after ourselves and stay healthy. Talat was positive the rains would arrive ahead of the all-important second flush season. Speaking passionately about UN International Tea Day too, Talat told us he sees it as an opportunity for tea drinkers to get to know and to connect with the people, communities and places which make their tea – to pay more attention to where their tea comes from and rebuild a sense of value of tea, especially for tea from Assam. Afterall there’s nowhere else in the world that produces the intense malty, fruit, rich taste of a cup of Assam black tea. We couldn’t agree more – find out more about Why UN International Tea Day matters.

The ultimate single origin 'english' breakfast tea, satisfying and full-bodied with honeyed malty flavour. Expertly blended from selected gardens in Assam, India, for a fortifying and malty black tea that is perfect with or without milk.