As winter ends, our tea buyer, Tom, takes some time to review the past year and reports on some exciting plans and teas for the spring ahead. 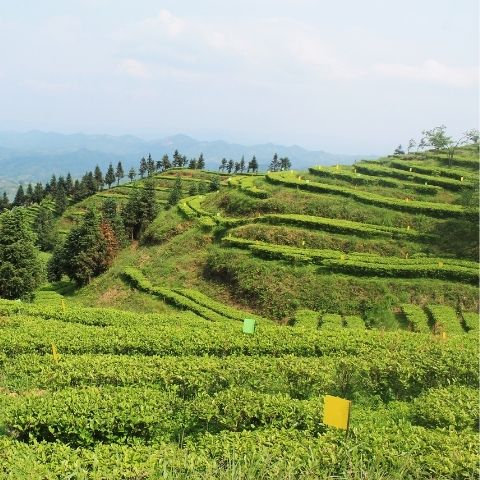 The luscious green of Baotian Garden in Hunan is an ideal location for producing organic green tea, as the winter chill gives way to spring. 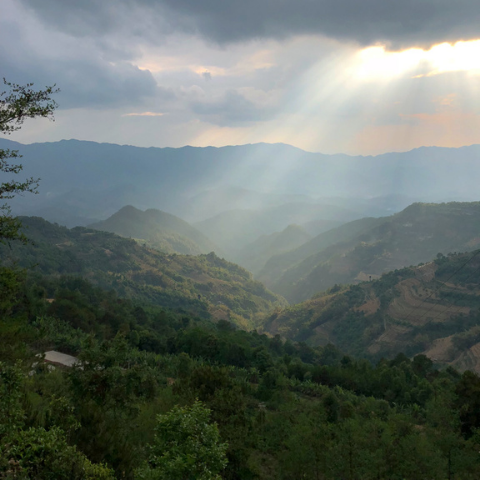 The wild forests of the Ai Lao Mountains in Yunnan are home to the 50 year old tea trees used to produce our new puerh cake.

What’s been happening this winter?

Heavy winter snow in China’s Hunan province often makes the roads to the tea gardens in Baotian, where our Organic Jade Sword is grown, impassable for weeks at a time. The bushes don’t seem to mind being covered in snow. Indeed, the winter chill is one of the factors that make Baotian garden an ideal location for growing flavoursome organic tea. The bushes benefit from a long rest; it gives the roots a chance to gather energy and nutrients for the spring ahead. The cold weather also means fewer insects which won’t return in any great numbers until after the tea is picked in spring, so there’s no need for pesticides.

Tea buyers are similarly accustomed to reduced activity during winter; with fewer new teas coming in, I have more time to pursue other projects. JING committed to converting the majority of our range to organic by the end of 2021, so over the last few months I've been working with gardens in India, China, and Japan on several new organic teas that are now almost ready to be introduced. Look out in the coming weeks for a new Organic Hojicha from Kagoshima in Japan, an Organic Darjeeling 2nd Flush, as well as our very first pressed raw puerh cake from Ai Lao Mountain in Yunnan.

Searching for organic teas in Yunnan

Another new tea we’ll be introducing in the coming weeks is an Organic black breakfast style tea from Yunnan. Breakfast teas are usually blended from multiple places, but this new one is from a single garden. Carrying all the distinctive tastes of its place and maker, including ripe berries, malt and chocolate, it works superbly with milk, and is a tea I’m very excited to share.

With its wild and ancient tea mountains, and long history of production, Yunnan has been a key location for my search for organic teas this winter. It's a region I came to know well when working on Red Dragon in 2015, and it was the first place I considered for this breakfast tea. The biodiversity of much of the land in Yunnan makes it particularly suitable for organic growing, and the small batch, community led approach of the local farmers, means many organic techniques have been long been integrated into their tea growing practices.

The most famous (and commercially successful) tea from this province is puerh, and the highest value puerh teas come from the oldest, wildest trees. Recognising the benefits of working with the land rather than trying to control it, the local government in Yunnan is also invested in protecting the local environment. Along with the incredible flavours that have long come from Yunnan, this emphasis on organic production techniques means that it will continue to be one of the first places I look to for the best-tasting organic teas. 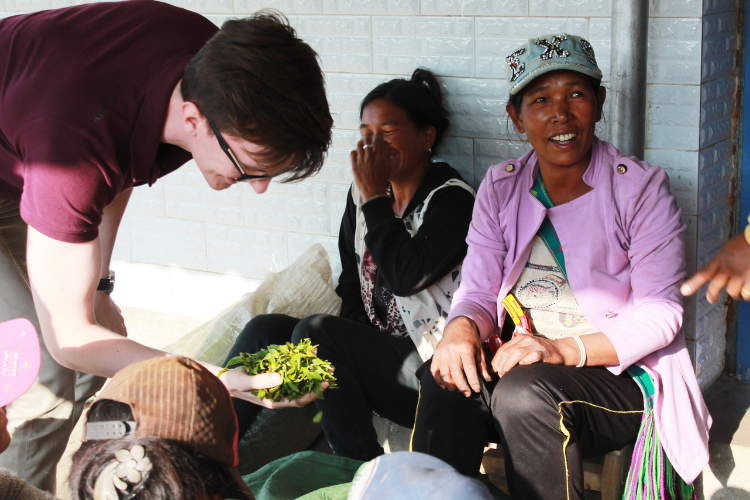 Tom meets the locals while searching for black tea in Yunnan, back in 2015. 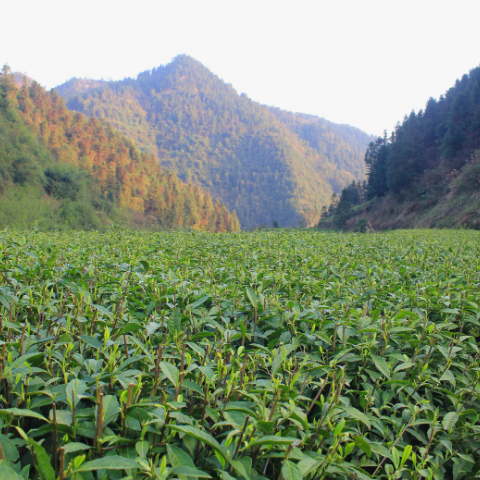 The beautiful tea fields of Baojing County, where Tom was able to source our Baoing Gold green tea during the first lockdown in spring 2020.

Looking ahead to spring

Now, with the arrival of blossoms and longer days, my thoughts turn to spring – the most important season of the tea year.

Looking back, the tea I’m most pleased with from 2020 is Baojing Gold. This spring green tea from China was sourced under difficult circumstances. Last year was the first time I was unable to be on the ground during picking and production, but despite the challenges of working during the COVID-19 crisis, and against the odds, this tea was one of the best spring green teas I’ve ever found. Mr Long, who made last year’s Baojing Gold, reported a cold winter recently, and has sent  me some photos of the very promising early spring buds. Sadly, it looks like I will source the spring teas from a distance again this year, but Baojing Gold inspires me to look ahead with optimism and excitement.

Planning for the season this year means lots of phone calls, both with potential new producers and the tea makers who have been our partners for many years. Like their tea bushes, the growers have mostly spent the winter quietly, resting and saving energy for the spring season. We discuss their expectations for the season ahead  – has the winter and early spring been good for the bushes? As they tell me about the weather, the pruning, and any innovations or changes they’re planning this year, I am reminded of years past. I miss being able to spend time with them, getting close to production and observing the bushes. I remember just how good and completely unique the smell of fresh tea leaves being processed in a small factory is – a grassy smell full of life. Noticing Mr Imayoshi enjoying his daughter’s homemade pickled plums with his Hojicha on a recent video call, I missed the local delicacies too. 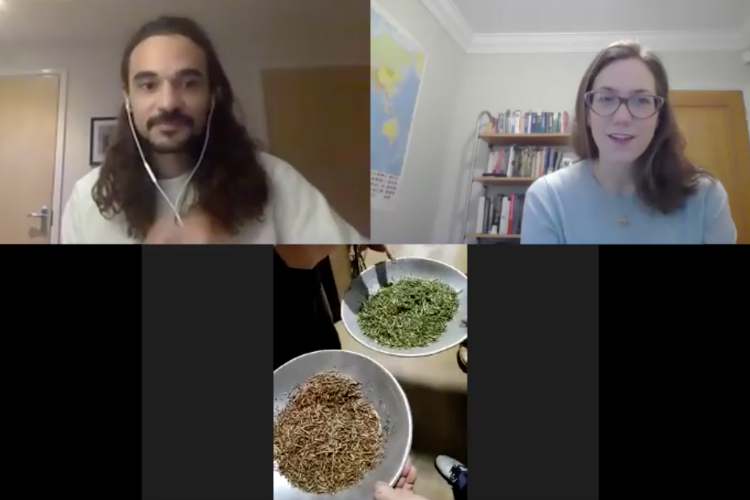 Felicity and Will regularly catch up with producers as their teas begin production, such as our new organic Hojicha from Kagoshima, Japan.

What Teas Have I Been Enjoying Recently?

With fewer teas to taste, the winter season has afforded me more time for drinking tea simply for pleasure. In recent months, I have particularly enjoyed our new Chai, which we designed for adding milk. It’s like a breakfast tea, with the natural sweetness of cinnamon and the warmth of spicy ginger. The green tea that I’ve drunk the most this winter is Sencha, as I find its rich texture more suited to the winter palate than the more delicate spring greens. Now, with the distinct feeling that winter is almost over, I can’t help but think about the gardens to which spring will shortly come, and, with much anticipation, those delicate spring teas that 2021 will bring…

Taste some of Yunnan’s teas: