Spring picking is underway in China. Tom’s sourcing the best of the crop from home this year but, with a little help from some old friends, he’s already found some new teas to get excited about… 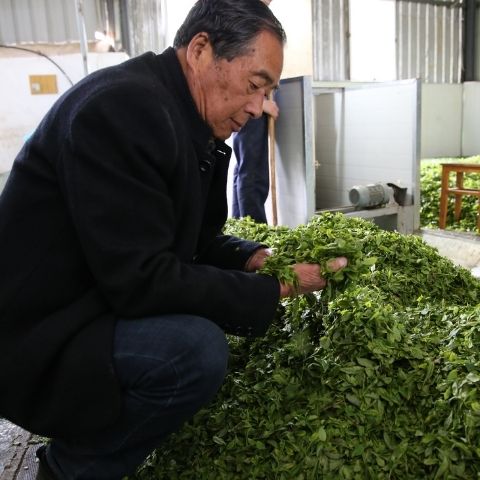 Picking started early in the gardens this year & high up in the mountains in Jiande, Lao Song tells me March temperatures reached mid-20s. 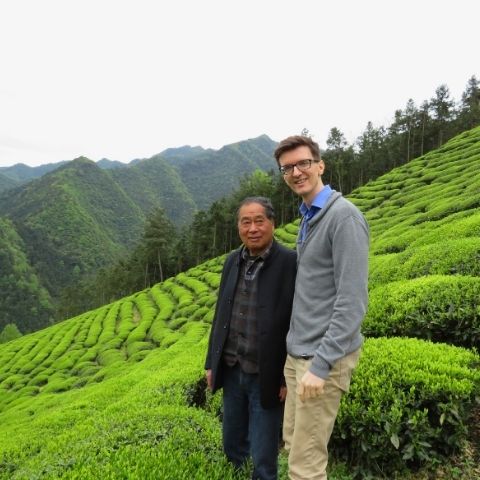 Me and tea maker Lao Song in Song's garden in Jiande, Zhejiang, back in April 2019 when I was last able to visit. 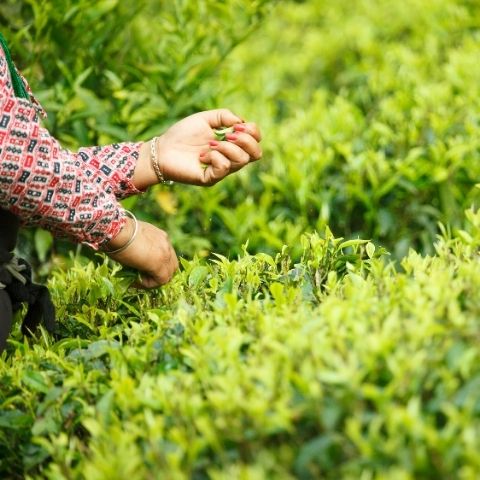 I'm looking for a first flush full of silvery buds & a range of shades of green, which indicates the tea is going to be sweet & quenching. 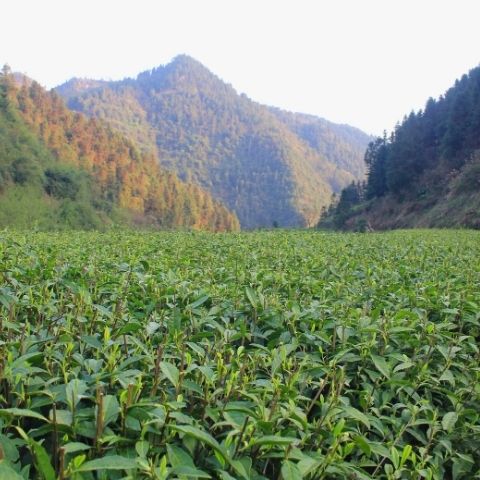 April is sourcing season for some very special spring teas. This year, it’s shaping up a bit differently for me as we’re all still working from home. Like last year, I’m not travelling as I normally would and I also still don’t get to use the kitchen and tasting room that was built in the office early last March – here’s hoping for 2022! The important thing, though, is that the tea gardens are operating as usual.

In fact, spring picking actually started a couple of weeks early after some unusually warm weather in many parts of China. Up in the mountains around Jiande in Zhejiang province, Lao Song tells me that March daytime temperatures reached the mid-20s. Last time I was there a few years ago, it was April, and it was definitely still jumper weather – even if the layers quickly came off after a brisk hike up the mountain to visit the bushes.

Lao Song’s organic teas are high on my list of things to get excited about this season. He grows excellent Dragon Well and other green teas from interesting cultivars selected for their unusual pale white or yellow leaves – I still remember his Imperial Golden Buds from 2016, a needle-shaped yellow leaf and smooth, herby infusion that was incredibly soothing to sip. Like with most Chinese green teas, early spring is the best time to produce Dragon Well, when the tea bushes have begun to flush again after winter, producing the most prized new buds and leaves that are full of bright, fresh flavour – and all of the nutrients and energy the bushes have stored up over winter.

The travel restrictions mean I’m diving into my little black book and revisiting some other old favourites too. I met Mr Long in Western Hunan in 2019. Last year, his Baojing Gold green tea, with its incredibly soft texture, which made it almost milky and supreme spring sweetness, was my favourite find of the whole year. Long’s garden sits high up on Ludong Mountain. The winter here was long and cold, so the tea bushes have had a great rest. Long’s sent through pictures of the first buds sprouting and this week I’ve heard some very positive reports of the spring crop, I’ll keep you updated when I’ve tasted the first samples, but it’s looking very promising… 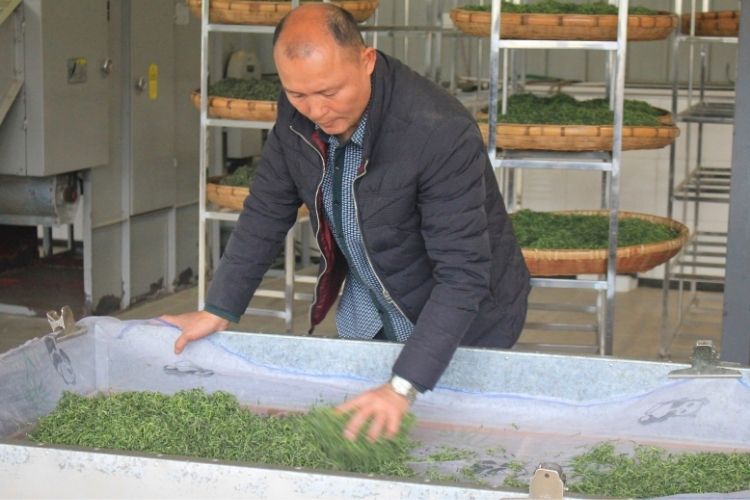 Mr Long in the midst of spring production last year.

While I’m at home, I’ve also asked some contacts to visit gardens on our behalf so we don’t miss out. Seatide Li, who’s heavily involved with the Hangzhou Tea Research Institute, is one of JING’s oldest friends. Recently, he’s been helping introduce us to new organic producers who are often younger and from the new generation of tea farmers. Organic is a big theme of this year’s sourcing – we’re aiming to make 80% of our range organic by the end of the year – and Mr Li is helping me to expand our horizons. I’m hoping to find more hidden gems such as Huiming Spring, as well as new batches of highly sought-after teas such as Silver Needle Supreme from Fuding in Fujian province.

In the past, my spring journey east from London to China would often be broken with a stopover in Kolkata. From there I could spend time tasting the early Darjeeling First Flush teas. We have worked with Subroto Sen of Badamtam for several years and he certainly seems to have the measure of what we like. This year I’ve asked him once again to produce exclusively for us a small batch from the very early picked tea. The leaf I’m expecting is full of silvery buds and a range of shades of green, meaning the tea is going to have that sweet, quenching infusion with delicious floral aromas. It’s very different from tea produced at other times of year in Darjeeling and one worth savouring while it lasts – just like all of the spring teas I look forward to bringing you in the next few weeks and months. 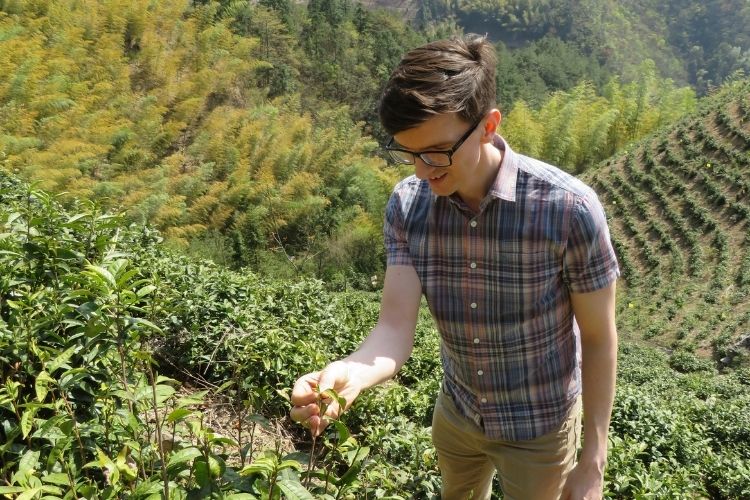 Me in Yong'an Garden in Hangzhou, China in spring 2019.