JING Explains: What is a Tea Cultivar?

The Chinese name for the two varieties tells us the main difference is size of leaf but there are corresponding effects on flavour of tea produced using these varieties. Camellia sinensis var. assamica is used with great success to produce strong robust black teas in Assam whereas Camellia sinensis var. sinensis is used for most tea production in China outside Yunnan province.

Within the same varieties of Camellia sinensis there are also differences between individual tea plants that can give rise to useful characteristics for growing tea. For example, a particular tea plant may be resistant to frost or especially fecund. Such plants if useful can be isolated and propagated for cultivation on a wide scale and then become a cultivar, which simply means a variety chosen for cultivation.

There are many hundreds of tea cultivar. The cultivar can have a very obvious effect on the taste of a tea and many famous teas can only be considered authentic if grown from the recognised cultivar. For example, ‘Long Jing #43’ is a recognised cultivar for making Dragon Well tea. ‘Yabukita’ is the predominant cultivar for making Sencha in Japan, particularly in Shizuoka prefecture.

The cultivar names come from the colour of the leaves: ‘Bai Cha’ has white or light green shoots whereas ‘Huang Jin Ya’ has golden yellow buds, as can be seen in the photographs below. 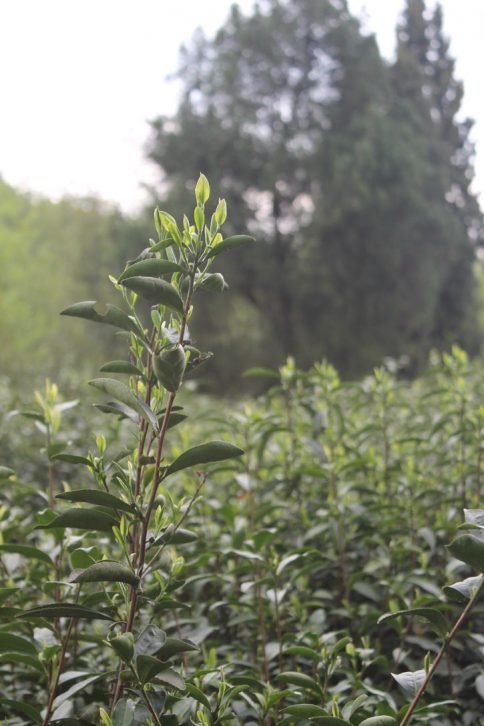 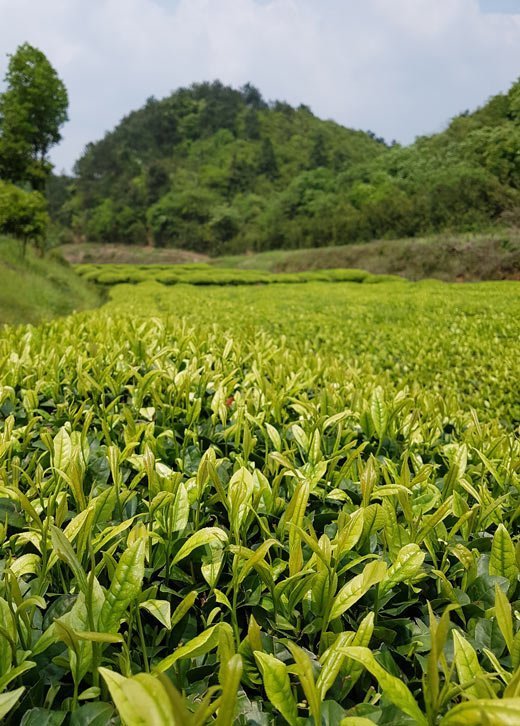 If you are interested in distinguishing these two cultivars, our two new spring teas represent a rare opportunity to experience definitive examples of their type. 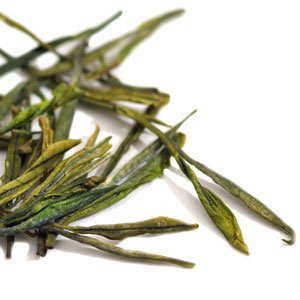 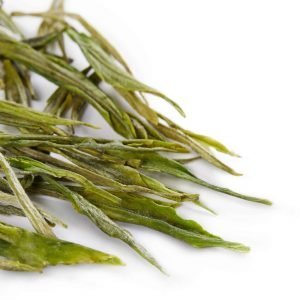